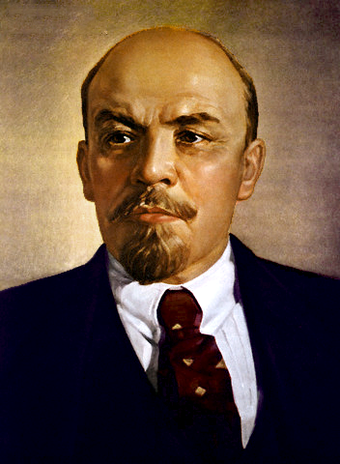 Vladimir Lenin was a cult icon for communist revolutionaries but as revolutionaries tend to do, he died before he could his dream came to fruition. His premature death made him a martyr for the revolution and endless efforts were made to immortalize Lenin as not only a national hero but a champion of the Proletariat. His body was embalmed and put on public display in Red Square where he lays in state to this day in heart of Moscow today. Lenin’s name is commemorated on a multitude of institutions and places, such as Leningrad. One such institution that has the hallmark of his name is the International Lenin School, this institution was a school meant to train the communist cadres as tools of the international communist movement and specifically Soviet interests.

Founded in 1926 and initially presided over by Marxist theorist Nikolai Bukharin, the role of the International Lenin School was to train predominantly western communists in Marxist-Leninist theory and practice using a college-like curriculum that could last anywhere from six months to three years. This allowed the Soviets to educate and train future leaders of communist movements, combat elements of socialist and social democratic thought that they believed to be “revisionist”, and strengthen Soviet control over the Communist International (or Comintern.)

The International Lenin School was focused on training up western communists in Marxism-Leninism, while its counterpart school (The University of the Toilers of the East) was established to educate and direct communists in Asia and Africa. Students came from a variety of western countries to learn here, with alumni consisting of everyone from British trade unionist leaders to African-American communists from the United States. Applicants to the ILS were evaluated on a variety of criteria (such as duration of party membership, leadership positions, knowledge, sympathy to Soviet thought, etc.) in order to determine who was selected. Once nominated, these socialists were sworn to near secrecy about the school, as this could be used as evidence against them by western police agencies.

Attendees of the International Lenin School studied a variety of subjects designed to give them a full understanding of the class struggle. Students took classes in the history of the labor movement, international political economy, military tactics and strategy, Soviet governmental operations, and (most importantly) Marxist-Leninist theory and practice. The courses were taught at a rapid pace, designed to get them indoctrinated as soon as possible. In addition to the academic coursework, students also engaged in more hands-on experiences.  Attendees were required to spend part of every week working on a Soviet industrial or farming collective to allow them to experience being a “socialist worker”. On top of that, the students were taught basic combat and sabotage skills.

Erich Honecker: Leader of East Germany,1971-1989. Honecker was a German communist who attended the ILS from 1928 to 1930 while a member of the German Youth Communist League. Joining the KPD in 1930, he was engaged in anti-Nazi actions from 1933 to 1935, when he was arrested. He remained in prison until the Red Army freed him in 1945. He worked with the Soviets to create the Socialist Unity Party, which was the ruling socialist party in East Germany. Honecker eventually became general secretary of the SED in 1971. He remained in this position until 1989, overseeing an authoritarian government that still made some economic reforms.

Gus Hall: General Secretary of the Communist Party of the United States. Hall was the son of Finnish immigrants who were active in labor and socialist movements. These connections eventually helped Hall win a scholarship to the Lenin School, where he studied from 1930-1933. Upon returning to the United States, Hall helped unionize workers in the North-East, was imprisoned multiple times, and was eventually elected to the position of General Secretary for the American Communist Party in 1959. Following this, Hall ran for president four times, getting few votes. An unwavering supporter of the Soviet Union and the party line of the CPSU, Hall failed to stay in touch with the winds of American political culture, and the CPUSA faded into irrelevance during his tenure. Hall remained the general secretary of the party until 2000.

The ILS after the war

The ILS was re established after the end of WW2 and continued until the dissolution of the USSR. During this period the school was more clandestine and most of the students used pseudonyms as they were members of a illegal parties. The alumnis from this period were less famous or notable but still were competent public administrators. This ILS was in a different location and sometimes referred to as the Institute of Social Sciences.

How it commemorates Lenin

Lenin was a revolutionary by any definition of the word. He was a student of Marx who sincerely believed in the global revolution and spreading the breaking of servile chains the communist ideology purports. Based off those beliefs one can infer that Lenin would have endorsed his name on the institution as it represented the values of the global revolution, training the young communists to spread the ideas of Marx beyond Soviet territories. The quote below describes how Lenin perceived the importance of educating the communist youth.

“Give me just one generation of youth, and I will transform the whole world” -Vladimir Lenin